Hello everyone! I hope your week is going great so far! We have been lucky to have so many warm and sunny days in a row! This makes it a great time to get outside and make your own observations on iNaturalist. Every observation you make further contributes to the collection of data that is available to scientists all around the world!

This week, the plan is to highlight some of the different organisms being seen across the Driftless Area and La Crosse County area as we start to 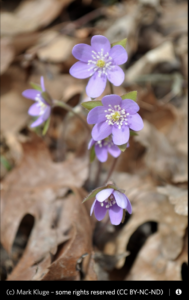 transition from spring to summer.

One of the most recent observations was the Sharp-lobed Hepatica (Hepatica acutiloba). According to our iNaturalist page, this species has been observed 217 times in the Driftless Area. It was last observed on April 23 in Savanna, Illinois. The Sharp-lobed Hepatica is an herbaceous flowering plant that is native to central-eastern North America. These are among the first flowers to bloom in the spring! 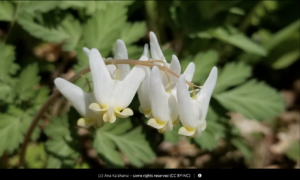 woods of eastern North America. Dutchman’s Breeches’ happens to be a pollinator plant! They are dependent on bumblebees for cross-pollination. This plant contains a hallucinogenic compound that has an effect on livestock which is why farmers refer to it as ‘Staggerweed.’ 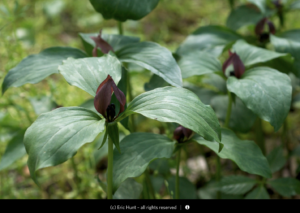 This species is a perennial herbaceous flowering plant that is native to parts of central and eastern United States. It is considered a rare species in Wisconsin mainly because it is just outside of its range and so it is monitored by conservation agencies. Fun fact: its seeds are often dispersed by ants and other foraging insects!

That’s all for this week! Next week I will continue on down the list of all of the newest observations from across the Driftless Area!

Here’s a reminder to join our Nature Challenge on iNaturalist! The person who makes the most observations or identifies the most species will win a $50 prize! Second place winners get a $25 prize. The challenge ends on September 30, 2022, so be sure to sign up soon! See you next week!