Hello everyone! I hope April has been treating you well so far! For this week, the plan is to introduce you all to the different taxa most often seen here in the Driftless Area.

Shown above is what our iNaturalist page looks like when you first get to it. As you can see, there have been over 64,000 observations made of different organisms. This includes almost 5,000 different species! 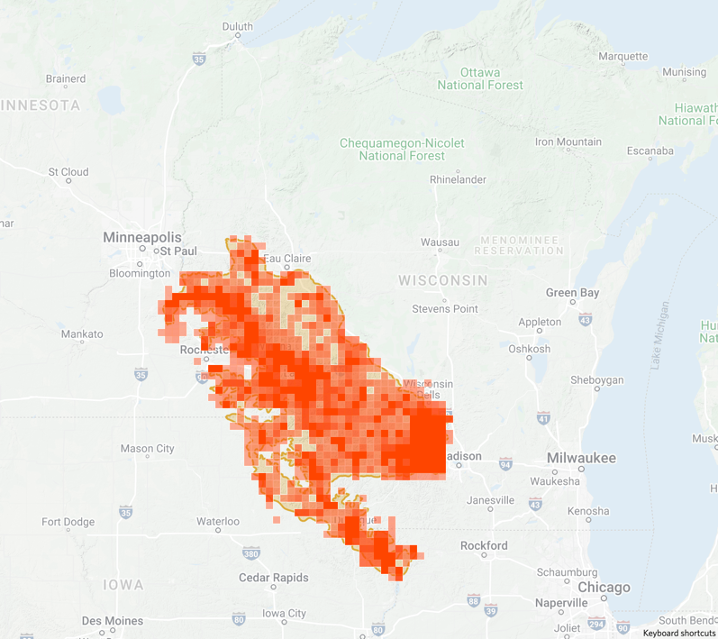 I thought I would first start with amphibians because they are quite an interesting group! Amphibians are vertebrates that occupy an assortment of different habitats that include terrestrial, fossorial, arboreal, and freshwater aquatic ecosystems. Their larvae typically start out by living in water until they undergo metamorphosis and develop lungs. Fun fact: amphibians use their skin as a way to breathe and there are some frogs that rely entirely on their skin for breathing! 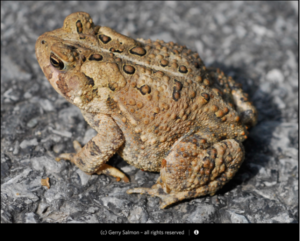 According to our iNaturalist page, in the Driftless Area alone, there were 471 observations of different amphibians. This includes 15 different species! The species that was identified the most was the American Toad (Anaxyrus americanus) with 114 observations. Most observations were seen in April through October. This makes sense because this species hibernates during the winter. This amphibian is a common species found throughout Canada and the eastern United States. Their skin color can often change depending on habitat colors, humidity, stress, and temperature. Most people probably know these toads because of the warts on their skin. 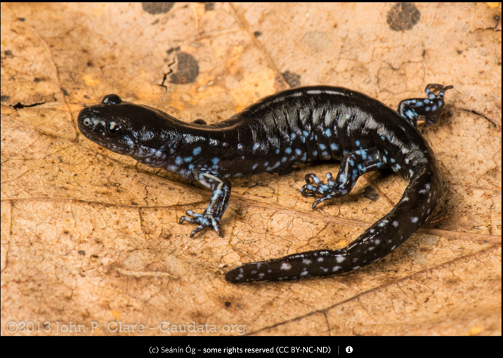 The least observed amphibian was the Blue-spotted Salamander (Ambystoma lertale) with just one observation. This salamander is native to the Great Lake states and northeastern United States as well as some parts of Canada. Blue-spotted salamanders are primarily found in moist, deciduous forests and swampy woodlands. Fun fact: they have long toes with there being four on the front feet and five on the hind feet!

In La Crosse County, there were 52 observations of amphibians, and six different species were identified. The most observed species was the Gray Treefrog (Dryophytes versicolor) with 23 observations. The least observed was the Common Mudpuppy (Necturus maculosus) with only one observation.

Next, I will talk about the different birds that have been seen in the Driftless Area!

Birds are warm-blooded vertebrates that are characterized by the following features: feathers, toothless beaked jaws, the laying of hard-shelled eggs, high metabolic rate, four-chambered heart, and lightweight skeleton. All birds have wings, but not all birds can fly as is seen with penguins. Wings have evolved to serve different functions for different species. Birds are the only known living dinosaurs! Fun fact: La Crosse County lies in the migratory path of many different species of birds! The best place to see them when they stop on their journey is the marsh by Myrick Park! 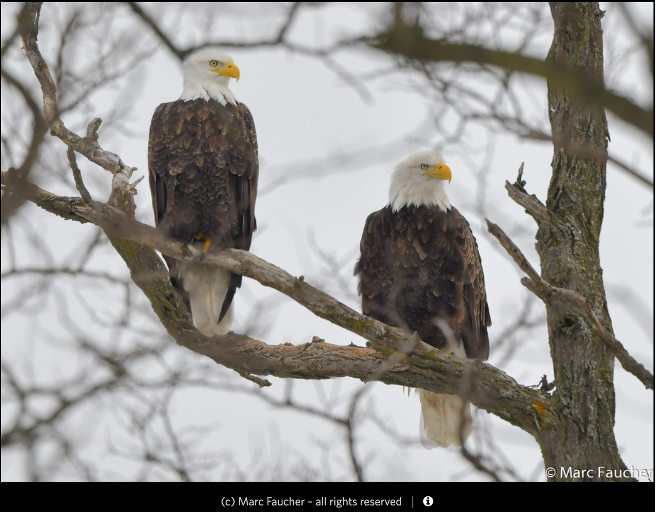 In the Driftless Area, over the past year, there have been 3,582 different observations of birds and 244 species were identified. The most identified bird was the Bald Eagle (Haliaeetus leucocephalus) with 174 observations. Bald Eagles range from Canada all the way down to Mexico. They are called Bald Eagles not because they are actually bald, but because of their white head. In the late 20th century, these eagles almost went extinct but have since recovered. Despite their recovery, this species is still considered to be a threatened species. 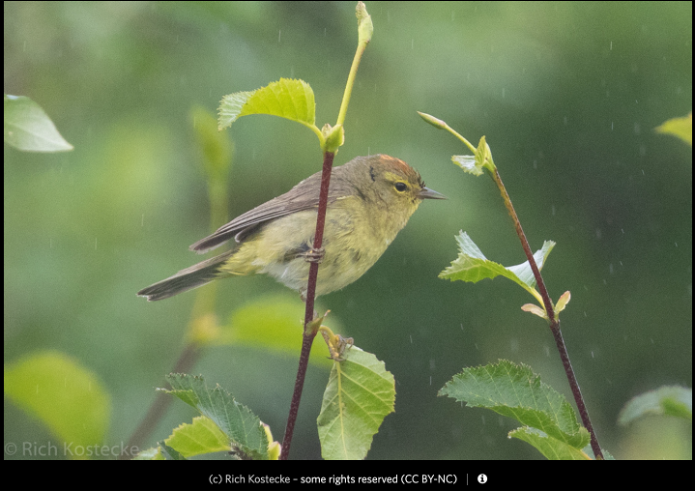 The least observed bird in the Driftless Area was the Orange-crowned Warbler (Leiothlypis celata) with only one observation. This species is found in Canada, Alaska, and the western United States. They forage in low shrubs eating insects, berries, and nectar. Currently, they are not on any endangered species list and are considered a secure species.

That about wraps it up for this week! Make sure to come back on April 28th for my next post which will be about Fungi and Mammals!